This Sunset Park eatery is known for dishing up the best dumplings in New York City. So why is its owner, Mr. Chen, barely breaking even?

Sunset Park is often cited as an example of how immigrant entrepreneurs can revitalize a dying neighborhood. In the 1970s, Eighth Avenue was home to empty storefronts; now, it’s a bustling commercial strip noted more for its crowds and dim sum than crime and blight. (One does not so much stroll as elbow one’s way down the street.) Buoyed up by its mostly Chinese entrepreneurs, Eighth Avenue, auspiciously named, is fulfilling its destiny to prosper—to fa.

So who occupies the prosperous strip these days? To find out, I dialed Great Taste Dumpling (née Prosperity Dumpling), a Sunset Park restaurant known for its “five dumplings for a dollar” deal. Since it opened three years ago, the Eighth Avenue eatery has become a culinary hotspot for hipsters, grad students, and neighborhood foodies. The dumpling house is so popular that people actually travel to eat there.

“Do you have time to share a few thoughts on immigrant entrepreneurship?” I asked the owner, surprised to learn it was he who had answered the phone.

“Yes. I won’t have time to talk until then.” He sounded soft-spoken and friendly, if somewhat sleepy. 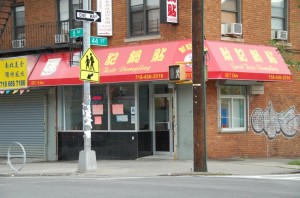 Nevertheless, coverage of the FPI report ranged from exultant to slightly alarmed. How were we to interpret this information? Did the new FPI study show that immigrants weren’t doing all that badly, and were perhaps doing even better than native-born citizens? It seemed conceivable to me that someone might take this information and twist it to mean exactly that.

I wanted to learn more about Mr. Chen, the seemingly successful owner of a popular Sunset Park restaurant, to see how the city was treating its invaluable immigrant entrepreneurs. Were these entrepreneurs living lives of stability and boundless riches? Had they summoned prosperity? 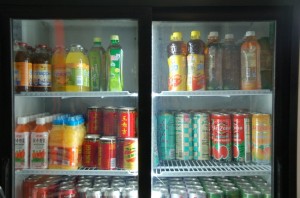 At 11 p.m., I called Mr. Chen. The same amount of background activity—the clanking of metal trays, a whirring sound, possibly of a kitchen fan—was audible even at this late hour. When did they close?

We resumed our earlier conversation. I spoke haltingly in my vocabulary-deficient Mandarin, but he listened patiently. He did not seem to understand why I wanted to interview him for Open City. Mr. Chen seemed puzzled, and kept asking me to clarify. Finally, he said: “Can you just tell me—why my business? We are such a small business, not a big deal.”

“But you’re one of the most well-known places in New York for dumplings,” I said.

There was a brief silence on the other line, then an incredulous laugh, or a choking sound not unlike a hoarse sob.

“I had no idea,” he almost lamented. 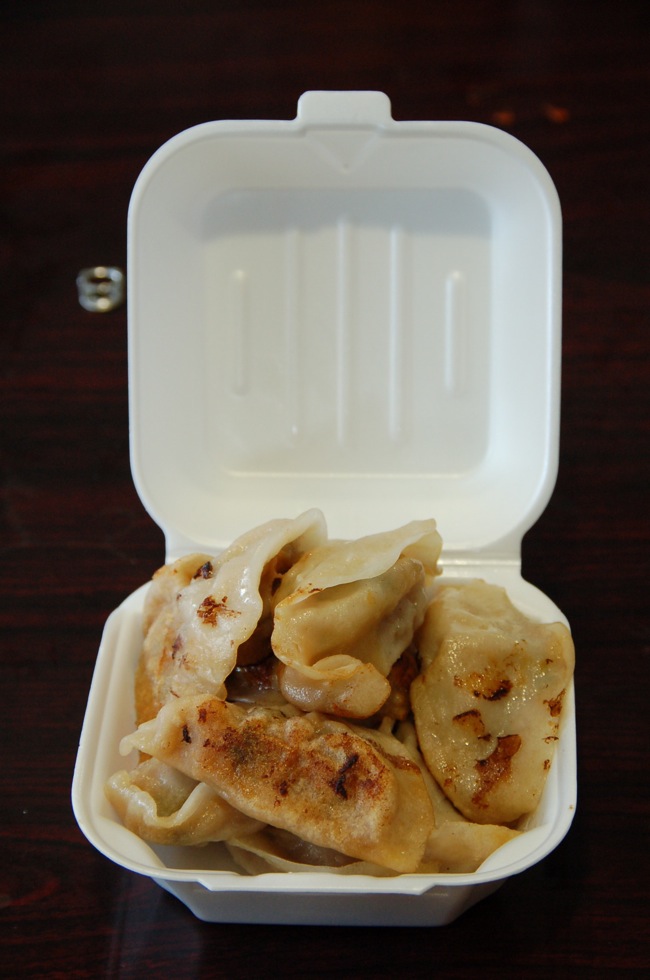 “You don’t know about your reputation online? I asked.

“How can I? I don’t have time to look at the computer. I get home so late, and I wake up so early, I barely have time to sleep. I only sleep five to six hours a day.”

“So you really don’t know that you’re one of the best places in New York to eat dumplings?”

“But don’t a lot of  waiguoren (foreigners) eat at your store?”

“But you thought they were just walking by?”

“I never thought about it. Once, a waiguoren came and he had printed out something that had our name and phone number and address. That was the only time I knew anything had been written about us.”

It was unbelievable that Mr. Chen was not aware of the hype that had been built up around his business. Last time I checked, Great Taste had been written about on Urbanspoon, Chowhound, the Village Voice, and had, at last count, 579 check-ins on Foursquare (there’s often a line out the door for his dumplings). But even with this new information about his own business, Mr. Chen was still wary. Even though his dumpling bar was a crowd-pleaser, he was barely breaking even. At five dumplings for a dollar, he said, there was no profit to be made. Which is why he clocks the long hours. As for days off? Never, not even on Chinese New Year. And he has kept to this schedule for three years. With the profit they were making, they could only afford to hire two people, and of course, he has to do most of the work himself.

Mr. Chen was also worried about their location, which he said received light pedestrian traffic (his restaurant is a little further north from the lively part of Eighth Ave.), and about competition. If he raised the price of his dumplings, he said, he might lose his customers.

Then there’s the actual production cost of the dumplings. A veteran in the restaurant business—he was doing the same thing in Fujian—Mr. Chen promises thin flour dumpling skin—the thinnest possible. And he doesn’t skimp on the meat filling. 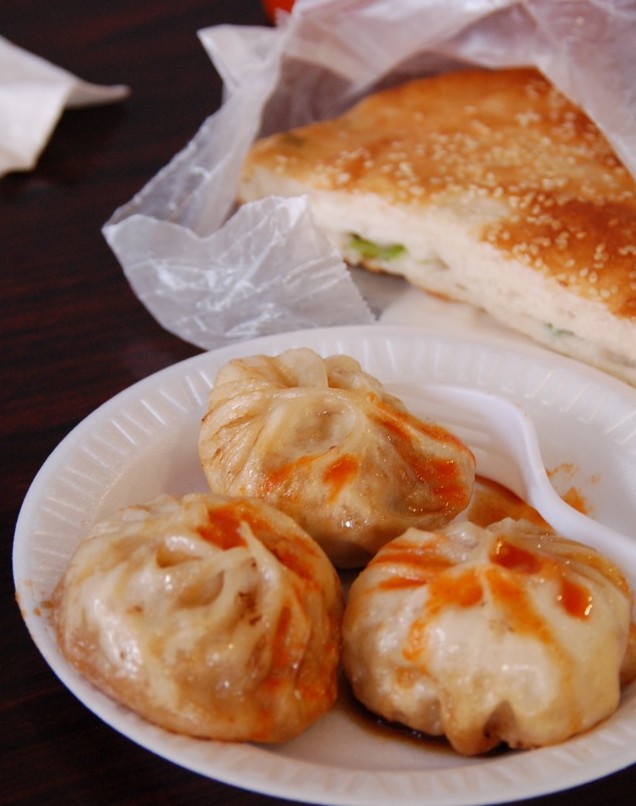 “Our ingredients are better; we really work hard on the food. We never use anything that’s bad for you, like MSG. And we only use the best, most expensive kind of sauce. But the customers don’t always sympathize with you. They waste the sauce—they pour it all over everything.”

As we talked, my head was racing. I thought about these minute calculations, and how his quality of life could so dramatically improve if his dumplings cost a nickel more. Could those five cents really add up?

As it turns out, the reality of the immigrant entrepreneur’s experience, despite the studies and statistics that denote success, is this: a lot of hard work and uncertainty. David Kallick, the principal writer of the FPI study, said that immigrant entrepreneurs are sometimes forced into their roles. “Immigrants sometimes have a hard time finding their way into a regular job that pays benefits and has stability, and they start businesses because they have no other choice,” he said. “Sometimes there’s a happy ending to that story. Sometimes it works out better for them. Sometimes it doesn’t.” Many scholars have also noted that immigrants choose self-employment because language barriers and discrimination have historically blocked upward mobility for non-natives.

“Can you imagine? Our dumplings are as cheap as plain rice,” said Mr. Chen.

At the end of our conversation, we talked about his 14-year-old son, and Mr. Chen’s hopes for his future.

“As a father you always want your child to surpass you,” he said. “Maybe someone’s father was a farmer, and then his son became a business owner. I hope my son becomes someone better than me. I don’t know what that will be, but I hope it will be better.”

Faking It in K-Town
In the same way that K-Town serves as a rough rendition of Seoul, these plastic replicas dutifully represent their edible counterparts.

Photo Essay: The Cross Currents of Flushing, Queens
Sisters Deanna Fei and Jessica Fei capture the many faces of Flushing: a home, a place of transit, a new territory.